The Alberta Teachers’ Association is encouraging teachers from all over the province to attend a rally in support of public education at the Alberta legislature on Oct. 22. ATA president Jason Schilling says that the 2022 rally is about what’s happening in Alberta in the here and now, and is not about recapturing the mood of 1997, when thousands of teachers mounted a historic legislature rally. The following account of the 1997 rally is offered as historical context for the current challenges facing public education in Alberta.

On Saturday Oct. 4, 1997, in the sunshine of a crisp autumn afternoon, thousands upon thousands of teachers gathered at the Alberta legislature grounds, raising their collective voices in support of public education. It was a historic show of professional solidarity in support of students and against drastic cuts to education funding by the Progressive Conservative government of Premier Ralph Klein.

The next day (which was the fourth edition of UNESCO’s World Teachers’ Day), the headline on the front page of the Edmonton Journal read “Teachers slam funding cuts; 12,000 march on legislature to demand more cash for education.”

The story described the scene: “Angry teachers jammed the legislature grounds Saturday in one of the largest demonstrations in Alberta history, to demand more spending on education. An estimated 12,000 chanting people covered the lawns on the south side of the legislature while speaker after speaker condemned provincial budget cuts.”

ATA president Bauni Mackay was inspired by the sight of colleagues wrapped in “Get the Message” scarves arriving from every corner of the province.

“This is absolutely overwhelming to see so many teachers — active teachers, retired teachers, student teachers — and other supporters, standing together,” she said.

“We want Albertans to get the message that teachers can no longer hold together an excellent public education system under increasingly deteriorating conditions.”

In an article published in the 1999 book Contested Classrooms: Education, Globalization and Democracy in Alberta, authors David Flower and Larry Booi described the mood of the day as a “combination of pride and frustration.”

The impetus behind the rally was a desire to demand student learning conditions that were conducive to learning, a long-standing concern and priority for teachers of all previous generations. Still, in Alberta’s history, mass demonstrations by teachers were all but unheard of; this was something new. If this extraordinary event was the result, what was the cause?

The answer to that question is complex and of long standing. In short, by 1997, teachers had long been taking on far more than their professional duties. Classroom teachers were contending with the full range of social issues that impacted student learning. At the same time, a narrative of “back to basics” and “failing schools” was brought to bear upon public education.

Citing fiscal concerns, the Klein government was engaged in drastic cuts to education, health and social services. Many teachers reported that they were experiencing the cuts first-hand as an assault on schools to the detriment of students and their communities. The cuts were drastic enough to bring teachers to their feet, then to their locals, finally to buses and private cars on the highways to Edmonton.

Teachers arrived by the thousands (ATA officials estimated the total was close to 20,000) determined to raise the alarm over the need to properly fund public education. And raise the alarm they did.

Take a stand for public education 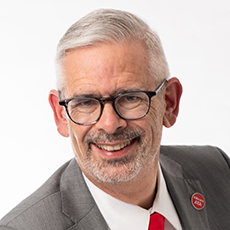 Q&A: It’s time to assert ourselves in massive numbers

What is the point of having a rally — will it change anything and why should I make the trip to Edmonton to attend?